How to Move to a Different State With or Without Money

Are you moving to another state for a job or simply to start over? Regardless of your reasoning, we’ll explain how to move to a different state with all your ducks in a row. 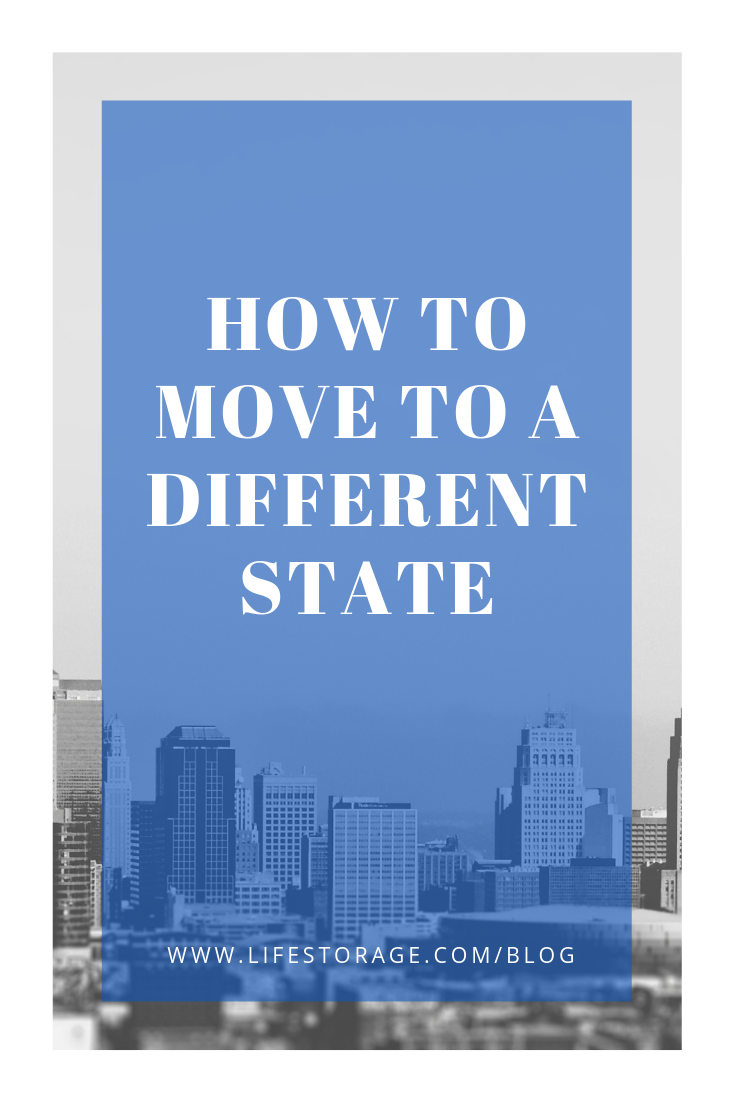 Moving out of state is an exciting proposition for most people, but it can also be laced with a bit of apprehension and the fear of the unknown. Each state has its own set of rules, customs and features that make moving a slightly more complex process.

With so much to think about, we wanted to break down some of the common to-do’s you might overlook when moving to a different state. More importantly, we’ll talk about how to move to another state without breaking the bank.

Remember, staying organized and planning everything out is your first step to relocation success.

1. Find a job or move with your current company.

If you haven’t made official plans to move to another state yet, one of the cheapest ways to do so is to move with your employer’s support. Many larger companies will pay some or all of your moving expenses and may even provide a housing stipend.

Even if the company will not help with relocation expenses, having an immediate income will help ease financial stress, which can be very common during such a significant move. Even though moving to another state without a job is not ideal, many people do so and thrive.

How to move to another state without a job:

2. Create a moving binder to get organized.

Even if you aren’t an organized person, we highly recommend investing some time in the planning phase before you move to another state. We believe that a moving binder is essential for larger scale moves and relocations because it prevents lapses in communication and keeps dates on track. Knowing what will happen when and having lists to check off will significantly reduce the risk of unnecessary stress.

Important documents to include in a moving binder:

3. Update the necessary paperwork and records.

Part of your moving binder should be designated to all the tasks you’ll have to complete as soon as possible after moving to a new state. Things like not notifying your credit card company can seem harmless enough. However, it can cost you money if you forget to pay your bill because a statement never arrived at your new address.

Read Also: Is It Cheaper to Ship Furniture or Buy New When Relocating?

4. Budget for moving and living expenses.

Do you want to know how to move to another state with no money? Create a moving budget. Budgets can make moving cheaply a realistic possibility. In this case, instead of only including moving-related expenses, also include any living expenses you will incur in the new state.

Include one time expenses as well as ongoing ones. The more you can add to the list up front, the less unexpected costs you’ll face, which is vital when money is tight. Also, once you’ve solidified a realistic budget, you can look for ways to cut current and future expenses.

Clever ways to save money before moving:

5. Get rid of belongings that don’t make sense to move.

Like we mentioned, one way to save money when moving is to sell belongings. This strategy will save you money in two ways. First, it will put money in your pocket if you’re able to sell it. And second, you won’t have to pay someone to move it.

If you can fit all your belongings into one smaller sized Uhaul, moving will be a much more seamless process. Either you can purchase the item again in your new state, or you might find you don’t need it at all anymore.

Items to consider selling instead of moving:

Read Also: First Apartment Checklist for Renters on a Budget

You’ll save yourself a lot of stress if you can afford to hire a moving company to coordinate a long distance move. However, nothing strains a move more than a moving company who drops the ball mid-relocation. A lot of these headaches can be avoided by taking the time to pick a reputable company.

So what makes a moving company reputable? First, you want to hire a company with experience tackling interstate moves. These larger companies will generally cost less than smaller local companies that might not have the resources for such a long distance move.

How to evaluate a moving company:

7. Have a plan for making social connections.

This moving tip is mainly for anyone that tends to isolate themselves while under stress. Isolating might help in the moment, but when it’s prolonged, it could detrimentally impact your quality of life. When you move to another state alone, it’s possible that loneliness or homesickness might set in sooner than later.

Before the stress of moving to another state sets in, create a plan for how you will forge new social connections. Will you join a group, head to the gym or meet out with coworkers? It might seem silly to set small goals for yourself ahead of time. However, after a long and stressful move, you’ll be thankful for the added motivation when you have a plan already in place.

How to make new friends in a new state:

Read Also: How to Ship a Car Easily and Affordably

We hope this guide helped you wrap your head around certain aspects of moving to a different state. If you don’t have a particular destination in mind, check out some of our moving to guides to learn more about various cities in the US.