If you’re moving to Los Angeles anytime soon, you’ll want to do a little research first. Get the scoop from a local expert in this guide.

Los Angeles is many things to many different people. Depending on your experience, it can be the City of Angels, La La Land or Lost Angeles. Moving to LA (locals rarely bother to actually say ‘Los Angeles’) can be exciting, overwhelming and daunting all at the same time.

It’s no urban myth that relocation to LA spikes after January 1. Those freezing in the Midwest and East Coast are dreaming of warmer days. They may even catch a glimpse of LA’s sunny skies and 70-degree weather during the annual televised Tournament of Roses Parade on New Year’s Day.

But before you start having dreams of sand and surf, you’ll want to consider the pros and cons of living in LA. There are also some economic and social challenges to note when pondering whether you want to live and work in the second largest city in the U.S.

Read on for our comprehensive guide to the top five things you need to know about moving to Los Angeles. May we get a lights, camera and action as we get a close-up on LA. Quiet on the set—we’re rolling.

1. City, Beach and ‘Burbs: There’s No Place Like Home

Unlike other cities, Los Angeles is spread out. In the ‘80s, when the Missing Persons belted out, “Nobody Walks in LA,” they weren’t kidding. Los Angeles proper consists of many neighborhoods, such as:

Los Angeles County includes 88 cities, such as Beverly Hills, West Hollywood, and Santa Monica, which operate independently of Los Angeles proper but are still part of the overall metropolis. The outlying areas, such as Orange County and the San Gabriel Valley, are often referred to as “Greater Los Angeles”.

How to Choose Where to Live in Los Angeles

When deciding on which area of Los Angeles to live in, many factors come into play. First and foremost, finding an affordable place to live depends on the size of your paycheck. If you desire to live near the beach, expect to pay north of $2,000 for a one-bedroom apartment with no guarantee of a parking space. The median home price for Los Angeles, according to real estate tracker Trulia, is $802,750. That will likely get you a two bedroom, one bath in an average or below average neighborhood.

Something else to consider is your commute to work. If you live in the suburbs of San Fernando Valley and work in Downtown LA, you can expect a 90-minute commute each way. Geographically, the two locales are a mere 25 miles apart. But in Los Angeles, distance does not dictate the time it will take to actually get to where you are going.

Finally, when selecting a neighborhood, you’ll also want to consider if you’re willing to drive each and every time you leave the house. Would you prefer to live in an area where you can walk to restaurants and shops, such as Larchmont Village near Paramount Studios? Are you active and want to live near the ocean? Do you like bucolic hikes and have a desire to plant your roots down near the foothills?

Other things to consider when selecting an area is the convenience of public transportation, crime rate and statistics, freeway access (or not), and other items that may be high on your amenities list when choosing a place to nest. For instance, those with children may want to do additional research when choosing public schools in LA.

2. In LA, Sometimes We Can All Use a Lyft

Most Angelenos don’t seem to care much for public transportation, but that’s slowly starting to change as the LA Metro System continues to grow and expand. Ride-sharing options, such as Uber and Lyft, are extremely popular for getting to and from social outings. Still, in spite of all the wasted hours spent sitting in traffic, darting across town, or clocking miles on the freeway, Angelenos remain obsessed with their cars.

Even though there have been many campaigns to encourage ride sharing among residents and co-workers, driving is still the preferred mode of transportation. Don’t be misled, though. There are also city buses, mini shuttles that operate in specific business districts and, as mentioned above, the expanding light rail system that fans out across the city and into neighboring counties.

Getting Around Los Angeles

For most newcomers, the Los Angeles freeway system may seem daunting. It’s an intricate tangle of roadways punctuated with heavy traffic and pavement spread across five lanes (10 lanes, if you include both directions). Los Angeles freeway users will deal with speed limits up to 65 miles per hour or more, merging lanes and on ramps and off ramps. Learning the freeway system can also be somewhat of a challenge. You are also likely to encounter erratic drivers who impatiently weave in and out traffic thinking they’ll somehow beat the rest of us to the finish.

Fans of SNL’s “The Californians” will remember the not ready for prime time players poking fun at Angelenos’ dialect and constant obsession with freeway numbers. While the sketch was meant to be a parody, it’s also true that freeway directions are typically spoken as a number instead of name. For example, if you want to get to West Hollywood from Newport Beach, you’d hop on the 405 north to the 10 east and exit La Cienega. You’d never tell someone to take the San Diego Freeway north to the San Bernardino Freeway east and exit La Cienega. Never. Why? It’s one of the greatest mysteries when it comes to moving to Los Angeles that we just don’t question. It simply is.

Understanding the Freeways in LA

All freeways in LA do have both a name and number. The name should indicate the road’s final destination, but this is not always the case – which is probably why no one says the freeway’s name.  The San Diego Freeway, also known as the 405, doesn’t end in San Diego but rather merges with the Interstate 5 Freeway in Orange County, also known as the Santa Ana Freeway. It is the 5 Freeway—the Santa Ana Freeway—that actually takes you to San Diego. There are many examples where the rule just doesn’t apply, so you may want to refer to the freeway number and name chart below:

In LA, rush hour is every hour. Traffic patterns that were once clearly defined no longer exist. Always give yourself plenty of time to reach your destination and a few extra minutes to find parking.

The unemployment rate for Los Angeles County, like most of the country, is at an all-time low. The current rate is at just 4.8%—slightly higher than the national average. The average weekly wage for those working in LA County is $1,252.

It’s no secret that Los Angeles is the “Entertainment Capital of the World,” but there are other industries that deserve more than a supporting role when it comes to economic development. Among them are aerospace, tourism and technology. In fact, LA’s coastal communities have attracted a number of tech companies, earning this sandy span of collective towns the moniker Silicon Beach. Hulu, Headspace and Google are among the few established companies dispersed among the many start-ups.

Tips for Finding a Job in LA

If you’re considering moving to Los Angeles without a job, finding one probably won’t be a problem. However, landing a job that pays well might prove to be harder than you’d think. There are plenty of jobs that pay minimum wage. In Los Angeles County, the minimum wage is currently $12.00/hour for employers with less than 26 employees and $13.25 for companies with more than 26 staff members. Each year on July 1, the minimum wage will increase incrementally until it reaches $15 an hour, regardless of the number of employees, in 2021.

Among LA’s major employers are the Jet Propulsion Laboratory (JPL), Walt Disney Studios (let’s hear it for Mickey Mouse), Nestle USA and the city of Long Beach–which is also home to the Port of Long Beach.

4. Angels and Dodgers and Rams–Oh My!

When it comes to professional sports teams, Los Angeles is a bit like Noah’s Ark–there is two of everything. The city has two football teams, two baseball teams, two soccer teams and two hockey teams.

In one year, Los Angeles went from having no professional football team to having a pair of NFL teams. After a 20-year hiatus, the Rams returned to LA after spending two decades in St. Louis. Then LA acquired (some fans say “stole”) the Chargers from San Diego.

In addition, the region has two baseball teams: the LA Dodgers, whose stadium is near Downtown LA, and the Los Angeles Angels. The Angels, who have floated various names over the years (Anaheim Angels, California Angels, The Los Angeles Angels of Anaheim), is actually (and some may say ironically) based in Orange County–several miles away from LA.

There are also two basketball teams, the Lakers and the Clippers–who both play at STAPLES Center; two hockey teams, the Kings and the Ducks; and two soccer teams, the Galaxy and the Los Angeles Football Club. And, while LA once boasted two tracks for thoroughbred horseracing, Hollywood Park and Santa Anita Racetrack, only the latter remains.

5. Get Money for Nothing and Your Tix For Free

Sure, living in LA (heck, even just visiting LA) can be pricey. But sometimes the best things in life really are free–or close to it. If you’ll be moving to Los Angeles with no money, don’t panic. You don’t have to spend a ton to have a good time in the City of Angels, and here’s the proof.

Other Things to Know Before Moving to Los Angeles

Moving to Los Angeles, for some, is a calculated and intentional act. For others, it might be more of a spontaneous gesture due to the area’s enviable climate and the opportunity to live in a major and exciting metropolis. If you’re thinking of making the move, you’ll be in good company with at least 100,000 other transplants who will relocate to LA in the next year. The population continues to swell, which is why it’s no surprise that LA County is larger than 43 states.

When moving to any new city, there are certain things better prepared in advance. If you want to move to Los Angeles, it’s even more important to factor in the relocating unknowns because the cost associated with moving here is so high. Keep in mind some of these tips as you start to plan:

Tips for Moving to LA

Whether you’re moving for a job, warmer climate, or some other reason, Los Angeles is one of the most diverse and progressive cities you’ll find. Keep in mind, though, that you may have to sacrifice a few creature comforts along the way.

Update: This post was originally published on March 24, 2017, and was revised on April 12, 2019, with new information from Los Angeles expert, Elizabeth Borsting. 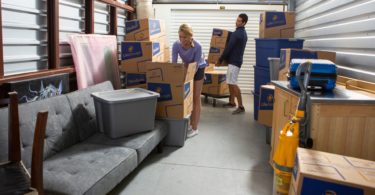 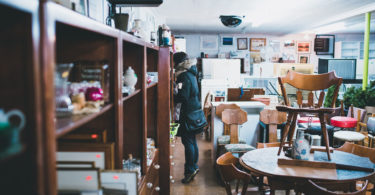 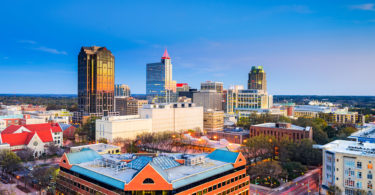 Elizabeth Borsting is a travel writer and published author who has lived in the Los Angeles area for several years. She has written extensively about the city and is the author of nine LA-related books, including “Insider’s Guide to Orange County” (Globe Pequot), and the “Los Angeles Complete Residents’ Guide” (Explorer Publishing). Elizabeth’s work has also been featured in publications such as the Los Angeles Times and National Geographic Traveler.