Trending Alert: 6 Reasons Why the Self Storage Industry is on the Rise

Design-savvy developers and eye-popping construction have helped self storage become an industry that is trending in the public eye.

Through most of its history, the storage business had an image problem. In recent years, the self storage industry has re-invented itself, benefiting from new construction and modern design techniques that have thrust storage buildings into the limelight.

This recent renaissance, as we’ll call it, has been a long time coming for an industry that has been often looked at as the ugly duckling of the US business sector. To understand the industry’s current landscape, we must first acknowledge its not so glamorous origins.

Self Storage’s History as the Ugly Duckling

It’s easy to see why the ugly duckling connotation has stuck around for so long. Think of the first time you drove past a storage business. There were probably rows and rows of steel buildings with  garage doors lining the horizon. There was probably no sign of life on the property, weeds growing through the asphalt and a front office that appeared as though it hadn’t been updated since it was built.

It’s unfortunate the look of some buildings or facilities don’t reveal the actual popularity of self-storage. It’s been documented that 1 out of 10 households has a self-storage unit. Luckily, change is underway, which is helping to resculpt the history of this industry.

Here are six reasons that demonstrate this rise of self-storage.

The fact is, storage use grows every year, and its path shouldn’t be ignored. In a 2015 presentation given by Michael Scanlon, Jr., former President and CEO of the Self Storage Association for the US, it was stated that self-storage companies amassed $27.2 Billion in gross operating incomes in 2014. In the same presentation, it was said that storage facilities account for 2.47 Billion net-rentable square feet in the United States. Put another way, there are 88.6 square miles of self-storage in our country – nearly 3 times the size of Manhattan.

The catalyst behind these  achievements is the everyday consumer. As found in the Self-Storage Association’s 2013 Self Storage Demand Study, approximately 64% of people who used self storage had access to a garage to store extra items. Yet, those people – representing over 10.8 Million households – decided to keep their items in a storage facility.

Not only are people using self-storage, they are using it longer and plan on using it again. The same demand study referenced earlier stated that the contingent of renters who stored their goods for more than two years (30%)  in 2013 was nearly double the amount from 2007 (17%).   And, among 17.3 Million  recent renters in 2013, approximately 1,927,365 were planning to rent again in the future.

Decades of 1st and 2nd generation properties have usurped the U.S. self-storage landscape since the business took off during the mid-1960s.Typically, these are the types of properties that evoke memories of your first drive-by encounter.

For the most part, these facilities are the ones with row buildings offering non-climate storage, and these sites don’t generally have multi-level buildings. Just due to age alone, these storage places don’t have the best curb appeal and can often be found in rural areas.

Thankfully, the birth of 3rd generation properties has started to give the storage community what it so desperately needed: Contemporary locations demanded by consumers.

As you’ll see in this article, this latest wave of self-storage is starting to bring new, vibrant stores to areas that are more central to shopping districts and multi-family neighborhoods. These locations are not only appealing, but offer more climate-controlled storage and other services to make the customer move-in experience more enjoyable.

Plus, these properties are expected to come at a fast rate.

Last year, Dean Jernigan, CEO of Jernigan Capital, Inc. and well-known leader in the industry,stated, “The top 50 U.S. metropolitan markets need about $25 billion, an estimated 3,450 new self storage facilities, in new self storage development to meet population growth and expected consumer demand during the next five years.”

As more and more self-storage properties are built and continue to be developed, architects and contractors have begun to implement amenities that home buyers look for when purchasing a home. Tile floors, granite countertops and exposed ductwork are now design essentials of today’s rental offices.

The exteriors of these facilities are equally remarkable. With multi-story facilities on the rise, it gives developers the chance to implement eye-grabbing finishes that rival the aesthetics of hotels or shopping centers. For more buildings to gaze at, check out Inside Self Storage’s Darlings of Design Gallery (2015).

4. Ease of Use and Security

For customers, these developments provide much more than good looks. Today’s consumer demands a great move-in experience, easy access and premium spaces. Keypad entry, camera surveillance, and climate-controlled units are all key elements that are included in today’s new build.

In some areas, customers can even benefit from drive-in loading bays, as seen here at Life Storage Store #492 in North Miami, FL.

Dormant buildings are everywhere in our nation. Every city, every neighborhood knows its blighted districts. Their groundwork consists of brick and steel monuments, odes to companies and corporations that have long been outsourced or have folded.

Now, these voids are convalescing into viable business investments, all thanks to self-storage.

In fact, based on an article about adaptive reuse projects on SpareFoot’s Storage Beat, experts predict 10 percent of the estimated 500-700 new self-storage projects this year will be based on what the industry calls “conversions.”

Conversion projects not only allow vacant buildings to become part of the economy; at the same time, they can tie in historical elements that naturally intrigue users.

Take this Life Storage location in Lynn, MA.  While it may seem like just another incredibly large building, it is widely considered to be one of the first self-storage buildings in America. Built in 1906, its storage units had terra-cotta walls with steel, fire-proof doors.

Not enough for you history junkies? Visit this Life Storage in Palm Bay, FL.  The state-of-the-art, climate-controlled building was once occupied by Harris Semiconductor, a company that developed space and military technologies. The site has such a storied background that it drew nearly 200 people to its self-storage opening event in January 2016.

The other positive of conversion facilities is that they look just as sharp as new developments – sometimes it’s hard to tell the difference!

Consumers aren’t going out of their way for a service they don’t need to use. Remember, self-storage is uniquely different from most industries in that people don’t require it all the time; they only use it when it becomes a necessity.
The best way to make an impression on people – enough so that they come back when they need to – is to make sure a chosen site is well-known and close to where they commute.

Apartment complexes. Residential neighborhoods. Retail plazas. Self-storage longs to be at the heart of it all.

One recent initiative in Charlotte, NC, is helping to do just that. In 2015, the city council came up with an idea to allow self-storage in urban areas, as long as half of the site’s  ground floor was purposed for active uses, such as office or retail space.  Progressive thinking like this helps the daily consumer identify storage with popular retail, making it more of the norm to check your unit when running errands or grabbing a bite to eat.

Then, there’s the Life Storage facility on 333 West Ohio Street in Chicago, IL. At first glance, it’s apparent this is an upscale storage building. But, it’s what’s on the top floors of this facility that sets it apart.

Skyline views, a cold beer and a tailored suit. Trunk Club, Life Storage’s tenant on the upper floors of its building, creates a dynamic unheard of in the self-storage world. This rapidly growing clothing service has its headquarters situated right above this downtown storage facility. Guests of Trunk Club’s “Chicago Clubhouse” – as it’s called – can enjoy a 40-foot bar stocked with complimentary adult beverages and sights from a 5,000-square foot roof deck overlooking the Windy City.

Not what you thought of self-storage, was it? It’s all part of the resurgence to bring this once frowned-upon industry into the forefront of today’s business world.

Have any questions or comments? Leave them below! We’d love to hear from you! 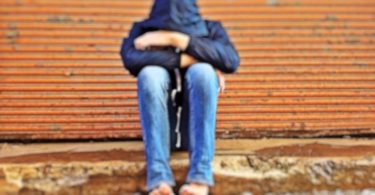 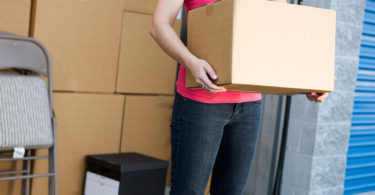 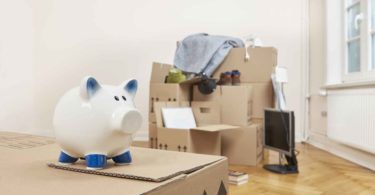 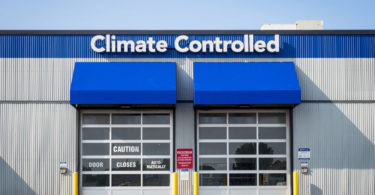 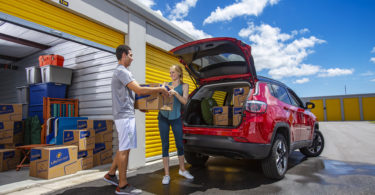