Reasons for Relocating: Why Do People Move?

Why do people move? In general, there are three main motivations: a job, family or significant other. We surveyed hundreds across the U.S. to understand what else influences their reasons for relocating.

Choosing where to live your life is an incredibly personal decision. But, why do people move? What is the most likely reason for a person to uproot their life and relocate? Here’s what our survey results found.

Making Moves Across the United States

Out of the hundreds we surveyed across the United States, we found that over 50% of people have lived in their current location for over 10 years.

The next most common timeframe was 3-5 years, with only 17% of respondents selecting that option. The most common reason for people choosing to live in their current city was family or the fact that they had grown up there. Only 14% of people say that they moved to where they lived for a job.

However, in spite of personal connections linking people to their homes so often, the most common reason people say they would move would be either for a new job or the opportunity to move to their dream location.

It appears that while people tend to stay in their comfort zones, they will relocate if a better option comes along.

Making Moves to Settle Down: At What Age Do People Settle?

Many people have a vision that at some age they will settle in a single location and put down roots. Most people believe that this will happen for them between the ages of 24-26, and the next largest group of people (17%) don’t believe they will settle down until they are over 36.

How attached are people to their current city?

Hometown Love: Why Do People Move Back Home?

Who is most likely to move home?

For the vast majority of people, moving to a city without a job is a major dealbreaker. Men and women agree on this front, as do Baby Boomers, Gen X, and Millennials, and regions across the US.

Relocating Without a Raise

On the other hand, many people are willing to move for a job that doesn’t give a raise or promotion. In fact, out of every demographic we surveyed (Gender, Region, and Generation), Baby Boomers were the only people more likely to say that they would not consider relocating for a job without a promotion or raise.

Moving For a Job, by Generation

Overall, Baby Boomers were the least likely to relocate for a job, most likely because they are approaching or currently at retirement age. Gen X is the most demanding overall. Most respondents in that generation say they would require a 20% to 50% raise to move. Millennials were the least demanding, as the most likely generation to say that they will move for a 5% to 15% raise.

Making Moves for a Significant Other

Overall, people take a fairly practical stance on relocating for love. In every demographic breakdown, the most common timeframe they want to date for first is 1-2 years. Over 30% of people in every category chose that as the milestone they would need to hit before considering moving to the same city as someone they are dating.

When deciding who should move closer, the most significant factor tends to be which city both parties like best. Coming in just behind were both employment-based factors: highest salary or most opportunity for growth.

Almost 60% of people find a long distance relationship more stressful than relocating to live with their partner.

So, Why Do People Move?

Overall, people seem to approach the decision to relocate with their heads rather than their hearts. They seem to see moving as a big commitment. After all, it means changing their routine, finding a new home, storing their belongings and making new friends. But overall, people are willing to make the change if the payoff is worth it. In many cases, all it takes is a chance at a job or a person to spend their lives with. 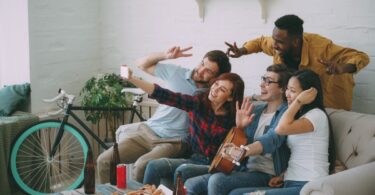 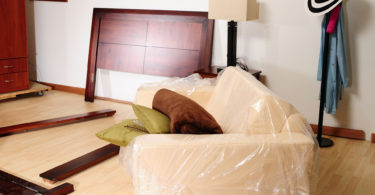