Moving to Chicago: 9 Things You Should Know

Moving to Chicago? Read on for tips from a local expert so you don’t walk into the Windy City unprepared.

Chicago is a great place to live for those who want a bustling urban hub without the cost or stress of a bigger city. Cleaner than New York and nicer than Los Angeles, Chicago is the largest city in the Midwest. As such, it still has a touch of humbleness in its roots. There is ample public transportation, good jobs and plenty of diversity. This makes moving to Chicago an attractive option for those looking to relocate. Despite not having access to a coast, the lakefront is a major part of city life. It offers a plethora of attractions and a nice reprieve from the summer heat.

From towering skyscrapers to the rich cultural landscape, it’s easy to fall in love with the Windy City, but relocating to Chicago requires more than just a trip down the expressway. The first thing to know is that it’s not called the Windy City because of the weather. While lake effect is definitely real, the nickname comes from a longstanding history of corrupt politicians and the hot air they like the spew. But don’t let that deter you, the positives of living in Chicago far outweigh the negatives.

Whether you’re moving to Chicago with your family or venturing to a new city for a job, here’s some basic knowledge so you don’t walk into the Windy City unprepared.

1. Your neighborhood in Chicago will actually define you.

The backbone of Chicago is in its 77 well-defined neighborhoods in nine districts — each with their own mix of attractions, culture, history, and personality. From Lincoln Square to Hyde Park, residents settle in and stay loyal to their own areas so choose where you lay down roots wisely.

New resident tip: Chicago has a street numbering system which has evolved into one of the world’s simplest ways to get around. Here’s what you need to know.

2. Renting and home buying when you’re moving to Chicago is easier than you think.

Whether you’re looking for a single, temporary apartment or moving your family into a forever home, now is a good time to rent and buy in Chicago. “Compared to the East Coast and the West Coast, Chicago’s housing market is probably the best bargain in North America,” says Geoffrey J.D. Hewings, director of University of Illinois’ Real Economics Applications Laboratory. When it comes to entry-level housing, Chicago offers the second-largest supply of starter homes. Zillow analyzed America’s 50 most populous metro areas to see which offer first-time buyers the best combination of affordability, availability, and rising median incomes.

The median home value in Chicago in 2018 is $228,500 and the median price of homes is currently $319,500. Plan on renting in Chicago? The median price for a home listing is $1,750 which is slightly over the national average, but much less than cities like Los Angeles ($3,650) and New York ($2,875). “If your goal is to slow down, buy a home and stay there for a while, this is a metro area where places are still affordable,” says Zillow economist Skylar Olsen. “Chicago offers first-time home buyers great inventory and good income growth.”

3. Your transportation will probably consist of anything but a personal vehicle.

Chicago is a challenging city for work commuters with some aggravatingly long rush hours (6:30 a.m. to 10:30 a.m. and 3:30 p.m. to 7:30 p.m.), but there’s good news: the Chicago Transit Authority, or CTA, can get you to just about every corner of the city. You have plenty of options when it comes to transit:

Owning a car is mostly unnecessary for navigating your everyday life if you’re moving to Chicago. If you happen to bring one, be prepared for No Parking signs, tow zones, and impossible parallel parking missions. Not only is parking expensive in the city (upwards of $30/hour is not uncommon downtown), but you may also need a parking permit depending on where you live. Since the city is blessed with nearly 40 inches of snow each year, Chicagoans depend on street parking in neighborhoods where driveway space is limited. If you shovel a public parking space, residents think they’re entitled to that space — by saving it with lawn chairs, cones, and whatever random backyard furniture they can find. For those of you moving to Chicago, this means exactly what it sounds like.

“Herein lies the controversy of ‘parking dibs,’” notes Sara Boboltz, associate editor of the Huffington Post. “Some feel the inconvenience of clearing a spot on the curb grants them a license to call dibs, holding the space open with chairs and assorted debris while they’re not using it. Others feel this is downright selfish.” The polarized debate has been known to cause more than a few neighborly squabbles.

5. Chicago weather will heavily influence your wardrobe, commute and life.

There’s nothing like the bone-chilling wind after it whips off a nearby lake and bounces off a few skyscrapers. It gets cold in Chicago — very, very cold. So cold that Chicago-area schools have been known to close for cold days as much as snow days because it’s actually dangerous for students to go outside. Here are a few ways to prepare for those harsh, subzero winters:

Read Also: How to Survive Winter in Chicago

6. …But winter isn’t the only season Chicago is known for.

Summer is when everyone comes out of hibernation in full force. Festival season (May through October) means there’s a cultural excuse to party every weekend. With over 150 events in total, almost every neighborhood puts on a local street fair celebrating their heritage, food, and music scene. From the Randolph Street Market to Greekfest, Chicagoans love any excuse to be outside, drink, and explore a new neighborhood.

While many out-of-towners don’t think of the Midwest as a beach destination, the Great Lakes are just that… great. Chicago offers 26 miles of sand along Lake Michigan and an impressive summer beach scene sans saltwater. Here are some must-see beaches in Chicago:

It’s much more fun to explore the city with friends and Chicago makes it very easy to meet active, young professionals.

If you’re moving to the food-centric Windy City, you’ll soon grow accustomed to the three signature food groups: Italian beef, deep-dish pizza, and the Chicago-style hot dog. Prepare for beloved beef sandwiches at Al’s Beef, the best deep-dish you’ve ever had at Pequod’s, Giordano’s, or Lou Malnati’s (the actual best is a hotly debated topic and largely depends if you prefer your ‘za saucier or cheesier) and a traditional Chicago-style dog from Portillo’s, which includes sport peppers and celery salt. And remember: in Chicago, ketchup on your hot dog is considered a sin.

But if you just want a great meal out, Chicago’s restaurant scene is one of the best in the country. With over 8,000 restaurants, there’s a neighborhood or menu for virtually any palate. The West Loop is Chicago’s hottest dining district so if you’re looking for a new favorite restaurant, that’s a good place to start. If you’re into ethnic gems, head to Chinatown for Asian delights, Argyle Street for Vietnamese, or Devon for Indian food.

Chicago has a number of Michelin-starred restaurants and Celebrity Chefs, standout local stars being Rick Bayless for high-end Mexican cuisine (Topolobambo, Frontera Grill), Top Chef winner Stephanie Izard (Girl & The Goat, Little Goat), and Grant Achatz (Alinea, Next), who somehow managed to create one of the most impressive culinary legacies on the planet while battling tongue cancer. Alinea is one of the most awarded restaurants in the world and actually pioneered the concept of ticketed dining where you reserve and pre-pay for a meal based on a sliding scale based on date and time much like a theater ticket. Other restaurants to seek out are anything from the Boka Group or Lettuce Entertain You.

The bar scene in Chicago is immense with most spots open until 3 a.m. and some even 4 a.m. The trendier venues and clubs are typically in River North or Old Town, while the hipster dives can be found in Wicker Park. Wrigleyville and Lincoln Park are generally home to the more casual spots perfect for catching a game or sipping a beer on the patio. Speakeasies like Violet Hour are popular for a classy night out, while hotel rooftops are all the rage in summer.

The Second City has some serious style and is arguably a first-rate shopping destination. Michigan Avenue features a mile-long stretch of tucked away boutiques, restaurants, and high-rise malls. For the ultimate “Magnificent Mile” shopping experience, begin at one end of North Michigan Avenue and make your way to the other (making sure to hit WaterTower Place in the middle). Looking for something different? Here are a few other shopping destinations you’ll want to check out in Chicago:

For those looking to get active:

While most assume Chicagoans hibernate in winter, they do get fairly active when the weather’s nice.

If you’re looking for things to do with your family in Chicago, you don’t have to look far. Here are some adventures to add to your list:

For those looking to get cultured:

While Chicago may be called the Second City, its cultural offerings are second to none.

Looking to meet new people or make connections? Meetup groups offer something for everyone in Chicago — whether you’re a dog lover, political junkie, student-athlete or more. With hundreds of groups in the city, it’s likely that your crew is waiting for you to meet them.

8. Chicago has some pretty weird-but-wonderful traditions.

If you’re moving to Chicago, you should keep the important traditions in mind.

9. You should learn to love your sports.

From the major sporting franchises to its die-hard fans, Chicago loves its sports teams. It’s in your best interest to become a loyal and passionate fan (or at least pretend to be), rooting for one of Chicago’s many professional teams. No matter which team you root for, sports are a fun and competitive way to enjoy time with friends and family.

Are you ready to make your move?

Whether you’re moving for business, relocating with your family or looking for an adventure in a brand-new city, it’s easy to fall in love with Chicago. Submerse in the culture, explore the diversity and figure out your favorite authentic Chicago spots in no time.

No matter where you’re moving from, chances are you could use some help storing your bigger, bulkier items. Life Storage offers self-storage options for anything you may not have room for in your home.

Update: This post was originally published on October 16, 2015, and was revised on August 25, 2019, with new information from Chicago expert, Lauren Monitz. 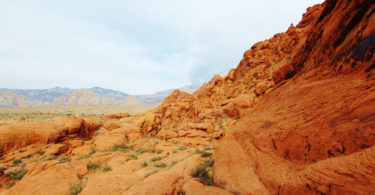 Lauren Monitz is a travel writer living in Denver, CO. Originally from Chicago, IL, she has first-hand experience with moving to Denver. Lauren is a graduate of the University of Colorado and earned her master’s degree from DePaul University. She covers all of her adventures on her personal blog, TheDownLo, and has over 195k social media followers.