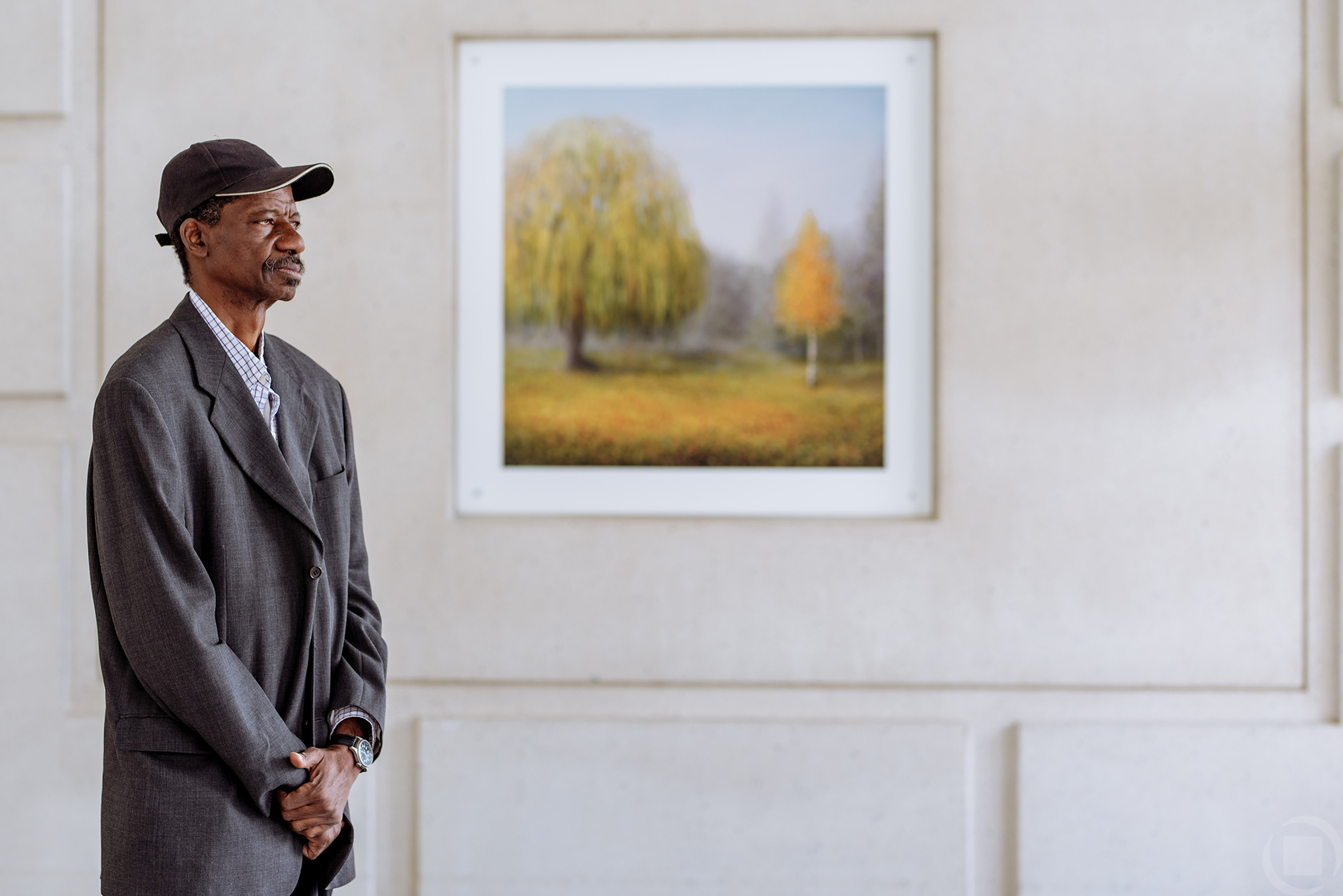 Life Stories The Power of Attitude, as Told by a Cancer Survivor

Freedom, health, a job, a spacious home… these are privileges we tend to take for granted. But what would happen if you lost them one by one? Meet one man whose appreciation for the good things grew after his battle with cancer.

When Cletus Okeya was asked if he tends to see the glass as half empty or half full, his response was an emphatic “always half full.”

Cletus, or “Clay” as he likes to be called, is a positive thinker. He focuses on the bright side of life and expects positive results. But this Life Storage customer doesn’t take his life for granted.

“I must be the first to admit that I have had my share of setbacks, frustrations, devastating illness and many tears,” said the 64-year-old cancer survivor. “Nonetheless, the most important thing is that I’m still alive.”

The last five years have been particularly trying for the Bay Shore, N.Y., resident, who not only has been battling cancer, but went through a divorce and had to resign from his job in order to focus on his health. After downsizing to a small apartment, Clay has come to grips with “living with less.”

With a lifetime of memories in a storage unit, Clay is sharing his compelling life story in the hopes it will inspire others faced with similar hardship.

A passion for music

Clay was born in 1952 in Rivers, one of 36 states in Nigeria. He has a twin sister and two brothers. Two other siblings passed away. His father was an accountant and did “OK financially.”

Clay was an accomplished player in ping pong, a very popular sport in Nigeria. He says he played at a championship level at 11 years old. He also loved music and started playing drums at age 12, which would come in handy a few years later.

The Nigerian Civil War broke out when Clay was just 15-years-old and lasted nearly three years. School stopped in his region because of the conflict, so he and some friends started a band. They played a lot of American music including the Rolling Stones. His love for music grew and remains an integral part of his life today.

Throughout his teenage years, Clay became fascinated with the United States.

“I watched a lot of American movies and listened to American music on the radio. There was something about the American culture that captured my fancy at a young age,” he says. “The freedom was exciting. It’s a great country, blessed by God.”

I have been very lucky. America is perhaps the only place you can work for an hour and make enough cash to buy a meal.”

With the financial support of his father, Clay came to the United States from Nigeria in the mid-1970s to study at the New York Institute of Technology. It was at NYIT where he met his ex-wife, also from Nigeria. Clay says he was seeking a better life in America.

Nearly 40 years later, despite some hardships, Clay can confidently say he’s happy he came to this country. “Without a shadow of a doubt, I have achieved the American Dream,” he says. “I have been very lucky. America is perhaps the only place you can work for an hour and make enough cash to buy a meal.”

Over the years, Clay has worked several jobs, including positions with the Department of Homeless Services, the AHRC New York City Foundation, the Federal Employment & Guidance Service, and as a traffic enforcement officer with the New York City Police Department.

Clay and his ex-wife have three daughters, Ifey, 35, Odisinah, 32, and Kasie, 28. All three are well-educated and successful – something that makes Clay extremely proud.

“All three of my girls are doing very well,” says Clay. “It was important to me that they graduate college.”

He always pushed education. My dad would say ‘you can’t get a C. C’s are not good enough.’ ”
-Kasie Okeya

“My dad is a good man, always worked hard and helped us maintain a good lifestyle,” says Kasie, who recently earned her Master’s Degree in social work from Stony Brook University and is striving to be a clinical therapist. “He always pushed education. My dad would say ‘you can’t get a C. C’s are not good enough.’ ”

Clay was diagnosed with prostate cancer about four years ago, and it metastasized to his brain. Clay had surgery in December 2014 to remove the brain tumor. Doctors were able to remove 90 percent of the tumor. He went through over 10 sessions of chemotherapy to remove the remaining 10 percent.

Clay’s cancer was in remission for about three months, but it came back. So, he underwent more radiation and started a new diet, which he believes helped him beat the cancer.

“It’s called a Ketogenic diet and it helped me immensely,” Clay says. “It has kept me alive.”

Clay’s daughter believes it was his positive attitude and will to survive that kept him going.

Believe that tomorrow is going to be a better day.”

“It was Stage 4 cancer. The doctors basically told us to say our good-byes because he was going to die,” Kasie says. “He persevered and pulled through. He has a very positive attitude. He kept saying to me, ‘I’m going to see you graduate, I’m going to see you walk (at commencement).’ And he did,” Kasie fondly recalls. “He’s so positive, it gets to the point that it gets annoying.”

Clay is happy to be alive and has learned from this experience.

“I never intended to be sick,” he says. “You should thank God to be alive every day. Nothing is more important than your health and whatever you choose to do today, go ahead and do it.”

“Don’t be negative. Try to be more understanding,” he says matter-of-factly. “Believe that tomorrow is going to be a better day.”

With that positive approach, Clay now enters into a different stage in his life. The cancer, now in remission, took a lot out of him, both physically and financially. Clay, who lives in a one-bedroom studio apartment, is currently looking for part-time employment.

“My dad is a strong, prideful man,” Kasie says. “The cancer was difficult, traumatic. He never wanted to rely on us, depend on us. He doesn’t like asking for help. Great guy but stubborn as an ox!”

Kasie revealed that her father paid a lot in medical expenses, burning through most of his life savings. “He saved a lot of money and worked hard all his life. It’s sad the way society is and that he went through all that money for medical costs.”

Clay still enjoys music and keeps his drum set in a storage unit along with his large music CD collection. “You can’t put a price on those things,” says Clay, referring to some rare Temptations CDs and other favorites that he has safely stored away. “I know they are safe and secure and the unit is very close by.”

He also has a “great collection” of books and black movie posters, “originals,” he says confidently. But his prized possession – in storage, of course – is a Mohammed Ali painting from one of the boxing great’s fights. “That definitely needed to be somewhere safe,” he says with a laugh.

Just like Ali, Clay is a fighter. No matter how many times life has knocked him down, he gets back up again. Rolling with the punches has only made him stronger, and fed that unique Cletus positivity that we all can learn from.

Update: We recently learned of Clay’s passing in April 2019. Our hope is that his story will bring inspiration and light to others.