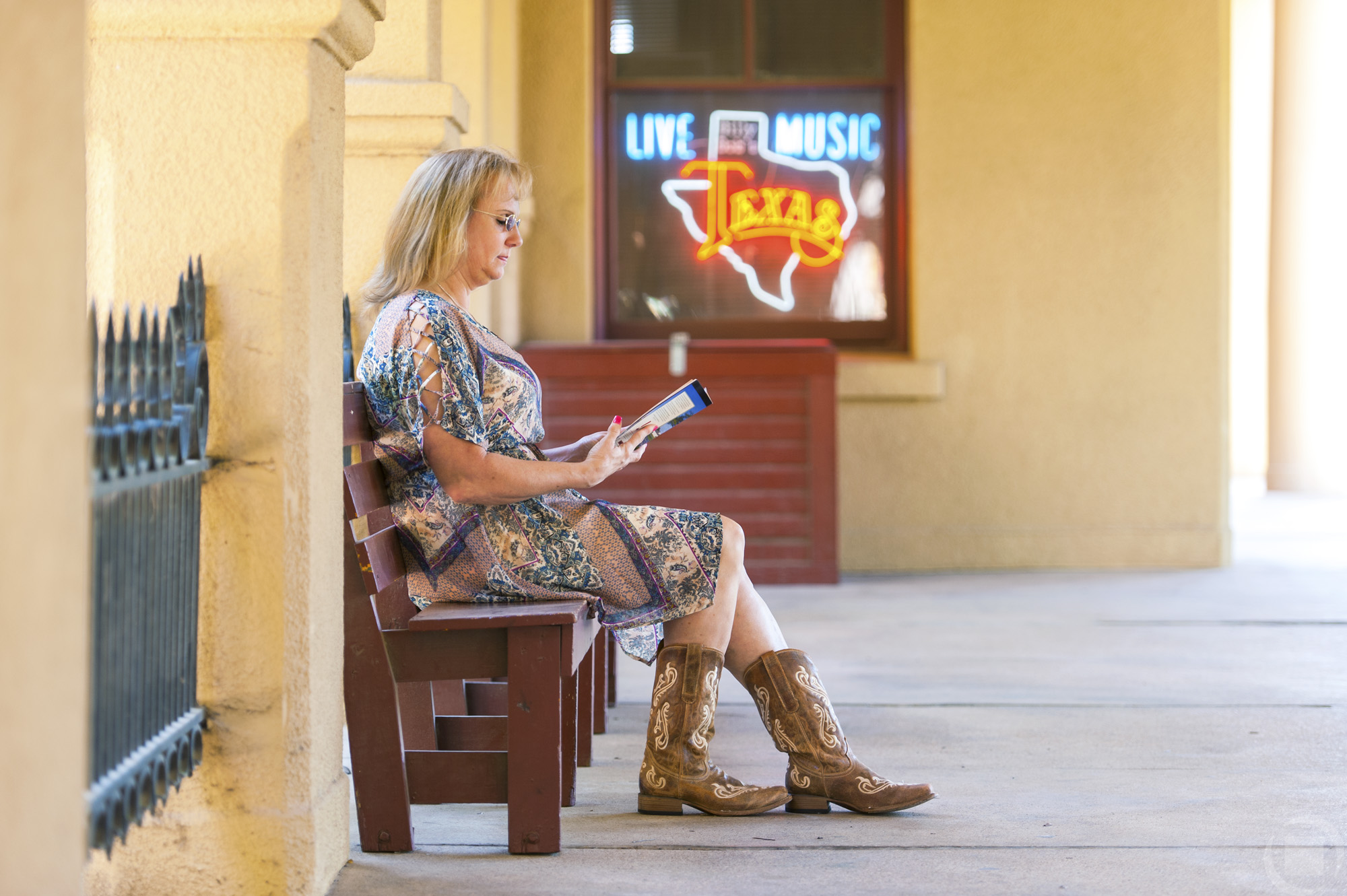 In the midst of planning a move or home renovation? It’s an exciting time, but it can also be very stressful. Here’s how three Fort Worth families minimized the anxiety and tension during their home renovations.

Making a big move to a new home is a monumental life event – one that can cause a lot of stress and inconvenience. On top of coordinating closing dates and emotionally coping with leaving a house full of memories, getting all your possessions from one house to the next takes time.

Now throw in a renovation project. Talk about a stressful move! Home renovations rarely go as smooth as we would hope. Plus, the disruption from remodeling a kitchen, updating a bathroom, or adding a family room or bedroom to your home is maddening.

Wouldn’t it be nice if moving from one house to another was a seamless transition? We found three Life Storage customers deep in the heart of Texas who were happy to share their moving and renovating experiences with us. Their experiences just might help you get through your next move or remodel.

A Family on the Move

In many ways, the Baugh family of Justin, Texas, is your typical American family. Husband Sean is a hard-working manager for an industrial heating and air conditioning company. Wife Terese works from home as a senior account manager for a large pharmaceutical company. Twin 16-year-old sons Nick and Josh are busy with school and sports. And Harley, in Sean’s words, “is the sweetest dog ever.”

White picket fence, two cars in the driveway, baseball and apple pie… Does it get any better than that? It sure does for the Baughs. Throw in some dirt bikes, all-terrain vehicles, rebuilt 1968 and 1972 Chevy trucks and a whole lot of sports equipment. And now, a new home.

After selling their home in Haslet, the Baughs lived in a rental home until their new house in Justin was finished. To make the transition easier, the Baughs rented two units at Life Storage.

“One of the tough things we had to deal with was selling our house and not having a place to move to,” Sean says. “The house we sold had a large shop in addition to a full-size garage. We had a lot of stuff. We had to find a place to put all of it. That’s when we found Life Storage.”

One of the tough things we had to deal with was selling our house and not having a place to move to.”

“Friends of ours recommended Life Storage,” Sean says. “We put tools, a lot of household things, lawn equipment and holiday decorations in storage. It could not have worked out better for us,” Sean added. “There were several times we needed something that we had in storage in the interim. Life Storage made it easy.”

Moving is never simple, especially when you have twin boys who are very active in sports. Nick plays high school varsity football and baseball, and 6-foot-6 Josh is on the varsity basketball team. They both participate in select tournament teams, as well, which adds a lot of weekend travel plans to the family’s schedule.

“They sure are involved in a lot of sports. It’s time-consuming, but we enjoy it,” Sean says. “We’ve traveled to Las Vegas, Kansas City and Myrtle Beach with the boys’ sports teams.”

The family likes to be active. All of them ride dirt bikes, including Terese. “Yes sir, my wife rides a dirt bike and a four-wheeler,” Sean says with a laugh. “My wife is a very girly girl. She likes pretty things. Riding a dirt bike is the total opposite thing you would think she would like to do, but she loves it.”

Terese and Sean have been married for 28 years. Sean says Terese’s father has a very close relationship with the boys and worked with them to rebuild the old Chevy trucks.

Sean’s life philosophy is something he hopes resonates with his boys. “I lead by example. I try to do the right thing and be kind to others,” Sean says proudly. “I teach my boys to take responsibility for their actions and make good decisions.”

Fort Worth resident Irene Miller is a retired school teacher who taught several subjects at various levels for 33 years. She has passed on her knowledge and wisdom to countless students over the years as well as four children through two marriages and now eight grandchildren. Education is a “huge” part of her life and literally helped her get where she is today.

“I owe everything to education,” Irene says matter-of-factly. “When I was a little girl, I knew I wanted to teach. I practiced by bribing my younger siblings and the neighborhood kids to be my students.”

Irene was born in West Texas and lived in New Mexico. “I love everything cowboy,” she says. “I was on a horse before I could walk.”

Irene’s parents were from Mexico, and she admits her childhood was often difficult. “It was not a good life,” she says. “I grew up very poor. I knew the only way out of poverty was to get an education and get the hell out of dodge.”

Inspired by Mrs. Barton, her third-grade teacher, Irene developed a love for reading.

“She’s my hero, my role model,” Irene says. “She got me started in reading. I am a voracious reader. I love books.”

Irene was smart enough in high school to earn four scholarships to pay for all of her college education. She earned her undergraduate degree and her Master’s at New Mexico State University.

Irene has two children from her first marriage and her second husband, Max, has two children. Irene and Max have been married for 26 years. Max, who Irene says is “brilliant, well-traveled and well-versed,” worked for FEMA and was among the first responders to New Orleans when it was devastated by Hurricane Katrina in 2005.

Irene says her family’s “claim to fame” is that all four children graduated from college and have successful careers and loving families. Their daughter in Fort Worth is also a teacher.

I am truly blessed in my life, and I share my great fortune with those who choose to accept it.”

Irene and Max are “blessed” with eight “grand angels,” as Irene refers to her grandchildren who range from age 14 down to 1.

“I live my life with a deep sense of gratitude and much joy,” Irene says. “I loved teaching. I adore my children, and I cherish the fact that I was chosen to be their mama. I am humbled by my grand angels. I am truly blessed in my life, and I share my great fortune with those who choose to accept it.”

Irene’s experience with Life Storage was due to a remodeling project after a bedroom incurred some water damage from a flood. In that bedroom, Irene kept most of her teaching materials, including many books, some clothing, a mattress and some bedding. Most of those items had to go into storage while the room was being remodeled.

The drywall and insulation on the back bedroom wall of their brick home had to be torn out and rebuilt. Irene said that led to even more work.

“Well you know you can’t just redo one wall, we had to have the whole room re-painted,” she says. “Plus the carpet was ruined so we had to get a new carpet.”

Was it a stressful experience for Irene? “You have no idea,” she says emphatically. “I basically did it alone because my husband was working in Montana. The water ruined a lot of my teaching materials.”

Irene insists that her Life Storage experience made the renovation a little easier.

“I love the cleanliness of Life Storage, and the security,” she says. “Gail and Annette are just like family to me… very friendly, helpful and understanding. I love Gail. She’s just a hoot.”

Mechelle Gordon, a young grandmother of seven, enjoys the simple things in life, too. She relishes spending time with her grandbabies, she enjoys going on drives through neighborhoods and looking at different style homes and the landscaping; and she loves to get together with family or friends and cooking out.

But it’s her passion for country music and dancing which led this lifelong Texan to the new love of her life – her fiancé, James. They will be married in June and plan to move to a 10-acre ranch in Comanche. But to really know Mechelle, we need to start from the beginning.

Born and raised in Mesquite, Texas, Mechelle is the second of five children.

“Life was so much simpler back then,” she says. “We didn’t have all these electronics and cell phones. We basically played in the dirt. And Saturday was going to the roller skating rink. We’d pack up seven kids in the back of a truck and off we went.”

Mechelle got married very young – 16 – and had four children with her first husband. “I gave my parents their first grandchild who gave them their first great-grandchild,” she says.

Divorced in her 30s, Mechelle met one her best friends, Veronica, at a dance hall about 16 years ago. They talk almost every day. She also met James while country dancing, and that brings us to the present.

“I just love country music and dancing,” Mechelle says. “It’s so much fun. I go with my fiancé about every two weeks.”

Mechelle, who works for Amazon in Fort Worth, was in the process of moving from an apartment into a rental home when James popped the question. Plans changed, and now the couple is moving to a new home on their 10 acres of Texas territory where they have two longhorn steers and three donkeys.

“The donkeys keep the wild hogs and coyotes away,” Mechelle says with a giggle. “It’s so beautiful. I love being outside there, looking at the stars… It’s so relaxing.”

It’s so beautiful. I love being outside there, looking at the stars… It’s so relaxing.”

Mechelle and James are currently renting a home until their place in Comanche is ready. Mechelle says most of her furniture is in storage. She is very grateful for the service she receives from Aleina at Life Storage. “I never had such good service for anything like I do with Life Storage,” she says. “The people are so sweet, and the units are clean.”

Mechelle admits there has been plenty of anxiety as they wait for their final move.

What does she miss most? “Mainly my couch. I want my couch,” Mechelle laments.

Mechelle loves her home state. “I can’t imagine not living in Texas. I’ve been here my whole life and still have lots to see and do.”