10 Things You Need to Know Before Moving to Dallas

Will a move to Dallas be right for you? Learn more about housing, jobs, schools, neighborhoods and more in our deep dive into Big D.

Thinking about moving to Dallas, Texas? You’re not alone. The Dallas-Fort Worth metroplex is the fourth largest metropolitan area in the country, and in recent years, hundreds of thousands of people have flocked to this booming, cosmopolitan city.

The sheer number of people living here can be a pro or a con depending on your perspective, but there’s no doubt about it: Dallas is booming, with its explosion of cultural activities, restaurant openings and highly active downtown revitalization.

Dallas is among a handful of other large, booming Texas cities like Houston, Austin and San Antonio. Are you familiar enough with Dallas to know if it’s the ideal choice for your family? We understand that picking which city to reside in isn’t always a simple decision. Let’s face it: With so many viable options on the table, deciding on the best place to live in Texas is a challenge.

Relocating to a new place can be both exhilarating—and incredibly stressful. To help you understand what living in Dallas is truly like (and help you maintain your sanity!), we’re exploring everything you need to know about the city before you relocate. What is the current state of the Dallas job market? How are the schools? Can I get around using public transportation? What do people do for fun (besides root for the Cowboys, of course)?

If you’re considering moving to Dallas, you’ll want to keep reading to find out the ten things you need to know about living in the Big D.

Everything is bigger in Texas, and that’s certainly true when it comes to Dallas’s population, growth and size. In fact, the DFW area has recently gained more new residents than any metropolitan area in the country, and in terms of population, it trails only Chicago, Los Angeles and New York.

Dallas is approximately 343 square miles. To put that in perspective, Chicago covers 234 square miles. Manhattan sits on a relatively minuscule 34-mile plot of land. That’s smaller than the landmass covered by the Dallas/Fort Worth International Airport (DFW) alone.

2. There are a lot of cool places to live in and around Dallas.

Researching neighborhoods can be overwhelming — so many opinions, so many numbers! You want to find someplace relatively affordable while still enjoying the benefits of living in one of the coolest cities in the U.S.

To get your search started before moving to Dallas, check out some of the top Dallas neighborhoods. Then narrow it down from there. We picked out a few neighborhoods that are well worth your time.

3. The cost of housing in Dallas is going up.

According to Zillow, the median home value in the Dallas/Fort Worth region is $285,000. Overall home values have increased by 24 percent, and the trend is expected to continue, considering that more people are craving a connected, urban lifestyle.

Are you planning to rent? Be prepared to open your wallet — RentJungle.com reports that the rent on a one-bedroom Dallas apartment runs roughly $1,241 per month, while a two-bedroom pad averages $1,435.

Rental prices in Dallas aren’t as high as in Austin, and prices pale in comparison to rental hellscapes in places like New York, Los Angeles, and Boston, where $2,000/month is not uncommon. Yikes!

4. Traffic is a part of life in Dallas.

One of the biggest cons of living in Dallas is traffic. Unfortunately, Dallas is home to some of the most congested highways in the state, and the city is very spread out, which means that DFW residents tend to endure longer commutes than in many other cities.

Though workers have a more extended commute time than the national average, it could be significantly worse. According to INRIX, in 2017 Dallas ranked 28th for cities in the U.S. with the most traffic, which was a substantial improvement from the 2016 ranking (16th).

Who has the most terrible commute in the Dallas area? That spot belongs to Royse City, a small town of roughly 2,600 residents, located 34 miles east of Dallas. The average one-way commute time is nearly 36 minutes!

5. Public transportation is readily available (but do your homework).

There’s no doubt about it: Dallas is a car-happy city. However, the Big D is also home to the country’s longest light rail system, the DART (Dallas Area Rapid Transit), which allows you to successfully navigate Dallas via 72 miles of light rail and 120 bus routes (see the section on commuter traffic below).

The Trinity Railway Express (TRE) connects downtown Dallas with downtown Fort Worth and includes stops at DFW and what is called the Mid-Cities — places like Grapevine, Southlake, Trophy Club, Irving, Grand Prairie and more — between the two metropolises.

If you’re interested in taking in a show, having dinner or doing a little exploring, the D-Link is a free DART service to downtown Dallas and the Oak Cliff area. D-Link buses run Monday through Saturday from 11 a.m. to 11:30 p.m.

A bit of a downside: DART can be tough to navigate. Critics have said their routes are difficult to understand and inefficient. If you’re new to the area and plan to get around by public transportation, allow yourself enough time to navigate the confusing options.

If you’re not from Texas, you may be surprised to learn that residents of the Lone Star State don’t pay state or local personal income taxes. Nice!

The state of Texas currently charges a 6.25% sales tax.

Municipalities, counties, transit authorities and special purpose districts are also able to charge up to 2% in additional sales tax — and in the Dallas metro area, they do.

Sorry! If you thought you were moving to Texas to escapes taxes, you’re out of luck.

7. The job market in Dallas is the fastest growing in the country.

Although the historically significant oil industry has struggled in recent years, job growth in Texas has been steady, and incomes remain competitive. In fact, the median household income in Dallas is $47,285 within city limits and $53,626 throughout Dallas County, according to Census.gov.

Among the country’s 12 largest metro areas, Dallas has had the highest percentage of job growth year over year at 3.1%, and the second-most jobs added (up 115,800) according to the Bureau of Labor Statistics.

Moving to Dallas without a job? The five largest employers in the Dallas/Fort Worth region are:

8. You can find excellent schools in and around Dallas.

The city is home to a slew of schooling options, from private to charter to public, to everything in between. And, a recent Bureau of Labor Statistics report on area job growth cited that the education/healthcare sector is one of the fastest-growing in the country. According to U.S. News & World Report, the Dallas-Ft. Worth area has 355 k-12 and 401 private schools.

9. There are plenty of things to do in Dallas.

Dallas is chock-full of exciting, noteworthy attractions, art museums, restaurants, shops, parks and more. After moving to Dallas, you’ll find the nation’s biggest arts district, high-class shopping in Uptown and the NorthPark Center mall, an array of hip cafes and eateries in Bishop Arts, awesome concert venues and galleries in Deep Ellum and of course, the Cowboys and Mavericks. If you’re just getting to know the city, be sure check out the following:

The list could go on for days: there’s a lot in Dallas to get your brain cells firing.

…which, in a city of this size, is a bit like saying that there are some tall buildings in New York. Of course, there is crime in any major urban area.

Both of these numbers are well above the average for Texas, which are 4.34 and 27.6, respectively.

Planning on moving to Dallas, TX?

Whatever your reason may be for relocating to Dallas, the moving process can be stressful. If you decide to move to the Big D, don’t hesitate to contact Life Storage for all your moving & storage needs. We offer a variety of storage units in Dallas, along with moving truck rental for your convenience.

Update: This post was originally published on May 15, 2018, and was revised on November 6, 2019, with new information from Dallas expert, Justine Harrington. 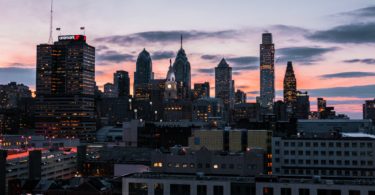 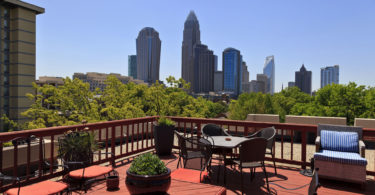 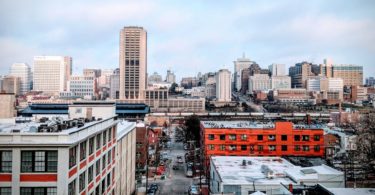 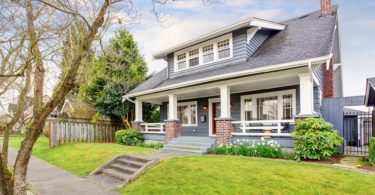 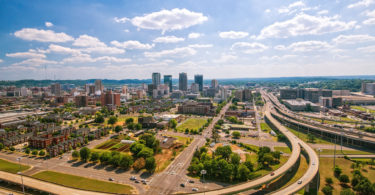 Justine Harrington has been living in and writing about Texas for seven years. She writes about many aspects of Austin living, from food & drink to social & creative entrepreneurship to the city's ever-evolving cultural scene. She's a contributor to Texas Highways, Tribeza, Austin Monthly, and Austin Woman, and her work has appeared in Fodor's, Forbes, Marriott Bonvoy Traveler, Backpacker, USA Today, Frommer's, trivago Magazine, and dozens of other print and online publications. When she's not writing about Austin, you can find her hiking on one of the city's many urban nature trails, riding her bike, petting her beloved dog and cat, and inhaling as many tacos as humanly possible. Justine holds bachelor's degrees in Cultural Anthropology and French from the University of Arkansas